Not Anyone’s ‘Keeper’ – MS Dhoni Was His Own Brand

F​or Indian World Cup Winning Captain, MS Dhoni, the gloves are off, the boots are hung and MS Dhoni had run his last run, didn’t complete it though as he was run out in the World Cup Semi-Final. 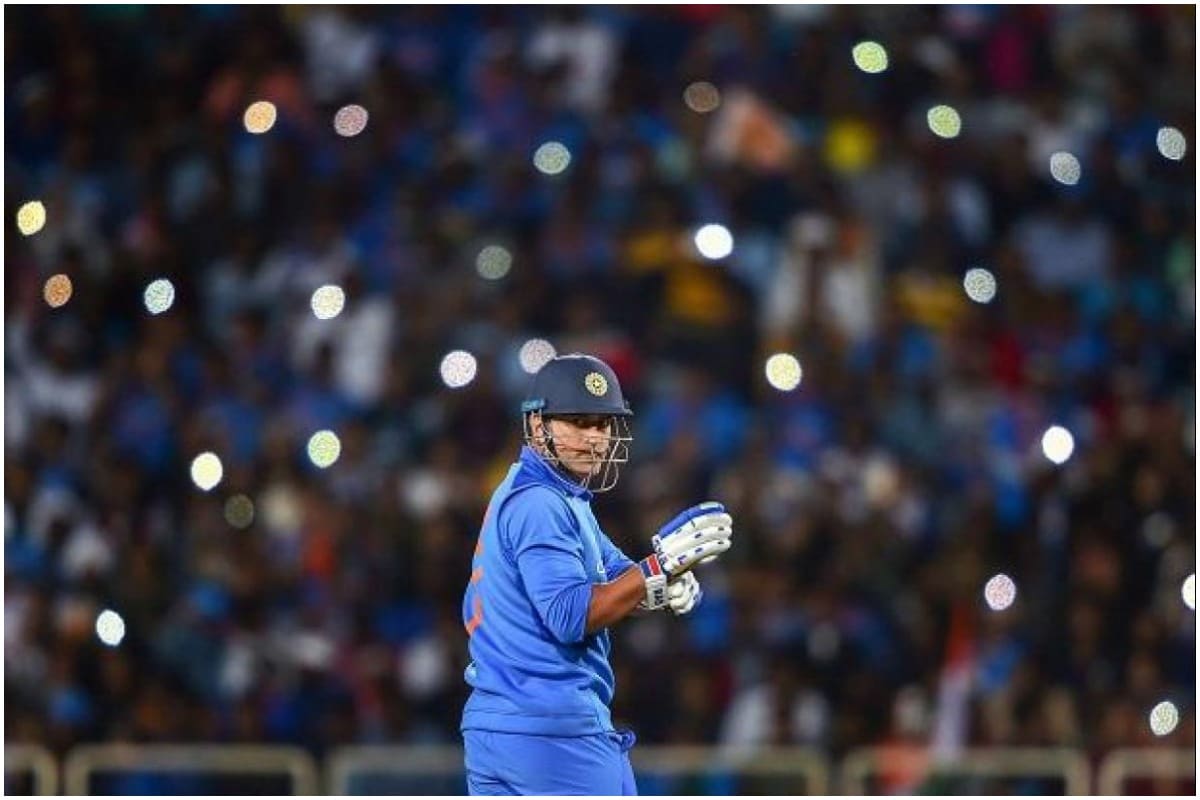 “The gloves are off” is a phrase to signify aggression or something will be done in rapid haste. But sadly, for Indian World Cup Winning Captain, MS Dhoni, the gloves are off, the boots are hung and MS Dhoni had run his last run, didn’t complete it though as he was run out in the World Cup Semi-Final.

His journey has been transformational, from the boondocks of India states in erstwhile Bihar, Jharkhand to the pinnacle of Indian cricket, MS Dhoni changed cricket, and for many in India, he was Mr. Cricket himself.

It was a time in Indian cricket when wicket keepers changed as rapidly as the leaves in a New England Fall. There was never a sense of permanence since Nayan Mongia had donned the gloves. They came and went, some stayed longer, some too much longer: Saba Karim, MSK Prasad, Deep Dasgupta, Parthiv Patel, Samir Dighe, Ajay Ratra, Vijay Dahiya, heck even Rahul Dravid was forced to keep wickets, both a testimony to his versatility, the epitome of being a team-man and the fact there was a cry for permanence behind the wicket.

Enter #MSDhoni! Few thought of much a long-haired, swashbuckling batsman from Ranchi. There today, gone tomorrow it seemed! In an ephemeral world, particularly Indian cricket, long dominated by the ‘Bombay’ lobby and a talented coterie from the South, that this lad from erstwhile Bihar would etch his name in the highest echelons of world cricket, in the pantheon of Indian and world legends, back then, this was unfathomable.

He cemented his place in the side, an accidental promotion up the order to number 3 in Vizag against arch-rivals Pakistan. Sehwag, the archetypal Pakistan destroyer, set the stage, Dhoni lit it with pyrotechnics, his maiden century – a blistering 148. Even though it was just one inning, something said that this was his ‘Desert Storm’, that he was more than just a cricketer, he was a brand.

Even though India went from 2-0 up to lose that home series 2-4, the talk was that India had found its own Adam Gilchrist. A title that MS Dhoni wanted to eschew from, as he was a Gilchrist fan and found the comparison by the myopic media, a bit too premature.

Forget the 183 against Sri Lanka in the heat of Jaipur. There were bigger goals and bigger things in store for Dhoni. A failed ODI tri-series in England and the BCCI’s hubris against T20 cricket meant sending a second-string team. Resting the triumvirate of Sachin Tendulkar, Sourav Ganguly and Rahul Dravid meant that Mahi would Don a new hat – the captain’s hat.

The 2007 World T20 win, an inaugural win changed the landscape of cricket but changed Indian cricket and MSD’s future. ‘Captain Cool’ was the new nomenclature. The sobriquet resonated during two instances, both times against Pakistan, making him a bigger Indian legend.

First during the bowl out (oh dear lord, bring this back), Dhoni displayed visionary insight getting part-timers and spinners to bowl at the wicket, while his counterpart Shoaib Malik, displayed little thought and opted for pace. Dhoni was sagacious, the goal was hitting the wicket, it didn’t matter if you knocked three wickets down at 160 KMPH or just gently blew the bail off like the wind, the idea was hit the wicket, accuracy, persistence, consistency. While Malik and Pakistan opted for pace, Dhoni went for the unconventional spin.

The masterstroke proved off, Dhoni was more than a talented batsman, he was a stoic cricketing genius in the making.

The second one, oh the second one was during the last over of the 2007 final against Pakistan. He opted for the military medium unheard of Joginder Sharma, instead of the veteran Harbhajan Singh. He backed Jogi, by saying bowl as you did during the Ranji Trophy season. Misbah Ul-Haq’s willow looked solid, Joginder Sharma looked weak (a six and a wide were the previous deliveries in the over).

The stage was set for a Miandad-Chetan Sharma encore, Joginder even had the last name and hailed from the same state of Haryana. But it was a masterstroke that paid off. It changed the landscape of T20 cricket, T20 cricket in India and Dhoni was now a different brand. He said something that few remember, “that this was a victory for small-town India”.

With the exception of Rohit Sharma, Ajit Agarkar, Gautam Gambhir, Virender Sehwag, Robin Uthappa, most of the crew were from tiny towns – Dhoni from Ranchi in Jharkhand, Joginder Sharma from Rohtak, Haryana RP Singh from Raebareli in UP, the Pathan brothers from Baroda and Sreesanth from Kochi, Kerala.

Cricket in India changed that following year, as the euphoria of winning the inaugural T20worldcup meant the birth of the IPL. Surprise, surprise, Dhoni became the most expensive player in the franchise that season, became epitomized as Mr. Chennai Super Kings. A lad from Ranchi was suddenly adopted by the Chennai faithful as their own, almost the same way Steven Gerrard was with the Anfield faithful.

He would soon have many explosive innings and many an accolade to his name, but none more so than etching his name as the winning captain, hitting the final shot of 2011 ICC Cricket World Cup at Wankhede Stadium. Quite literally a masterstroke to hit the winning runs. But the bigger masterstroke was to promote himself up the order, ahead of the inform, soon to be announced, player of the tournament, Yuvraj Singh, to steady the loss of wickets as a dangerous Malinga did early damage and the ever-threatening Murali threatened to undo India. But by now there was a James Bondesque aura around Captain Cool.

Mission Impossible was a walk in the park for Mahindra Singh Dhoni. Like Kaif’s 80 odd runs in the final of NatWest series, made Hussain and Trescothick’s tons redundant, Dhoni’s match-winning 91 left Jayawardene’s ton obsolete. It’s a cruel irony, that the man who played him in the biopic (Sushant Singh Rajput) is not around today, he certainly did capture the moment well.

Since Kapil Dev’s iconic photograph of lifting the trophy at Lords, many would have guessed the next to emulate his success would have been Sachin in the 90s as skipper, or Sourav Ganguly, or even Rahul Dravid perhaps. But a lad from Ranchi, few would have put money on Dhoni to emulate Dev’s success as a World Cup winning captain.

In a country of anglophones, Dev was one of the first “non-English speaking”, (more vernacular) small town lads, who were captain, a position for the urban lads from fine educational pedigrees. By now, Dhoni had won every individual trophy as player and skipper (World Cup, T20 World Cup, IPL Trophy, Champions League Trophy) but his biggest accolade was his temperament.

I’ve always said being an Indian cricketer is a complicated cocktail of many layers; handling the board, handling the media, handling the fans, and handling the pressure. Sip the cocktail too fast or incorrectly and you’re in for a bad hangover. MS Dhoni did it to perfection, just right!

His last ODI was the CWC2019 semi-final against New Zealand. India with their backs to the wall, after losing early wickets, suddenly needed an MSD resurrection. The script was set, but Dhoni was just not the Dhoni he was, he knew it as well, as ability and agility both waned. It was accentuated when a second run saw an agile Martin Guptill, throw down the stumps from the boundary.

“Is that the final” exclaimed Danny Morrison? In more ways than one, it was! It was New Zealand in the final, India out of it and the final time we saw MS Dhoni.

He was the perfect transition from the triumvirate of Sachin, Ganguly, and Dravid, without wanting to be them or regarded in the same league.

Few cricketers are successful, even fewer adored, even fewer change the nature of the game, Mahi, as he is affectionately called did all of them.

Items That Can Boost Your Immune System During Quarantine

Reasons Why Corona Virus Is No Joke, Even If You Are Young

Actors Who Should Make A Comeback On TV

Sonakshi Sinha on social media trolling: People are mistaking freedom of speech for freedom to abuse

Photographer Took A Family’s Same Photo For Over Two Decades

Reasons Why Corona Virus Is No Joke, Even If You Are Young

by Webmaster
0
Share181Tweet113Share45
ADVERTISEMENT
No Result
View All Result